with the remains of members of the Dietrichstein family 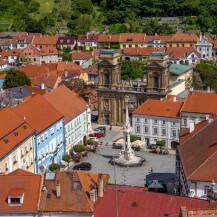 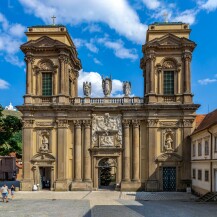 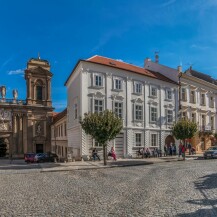 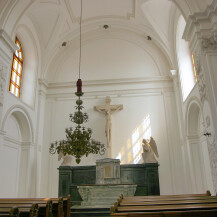 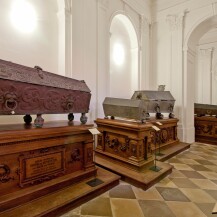 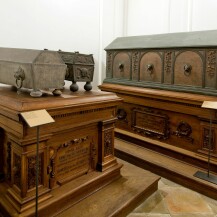 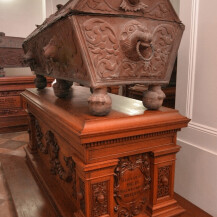 with the remains of members of the Dietrichstein family

St. Anne´s Church with imitation of the Holy Cottage of the Italian Loretta was built in the course of the years 1623-1656 in the bottom part of the Mikulov square. On the south-western side of the church there is the funeral chapel of the Dietrichstein family. In early 18th century the church received its two-tower front designed by J. B. Fischer of Erlach.

The whole building was greatly damaged by the destructive fire in 1784 and only in mid 19th century the church was reconstructed to become a family sepulchre of the Dietrichsteins and the remains of the members of the family of 1617 – 1852 were moved there from the existing temporary sanctuary under St. Venceslas´ Church.

In the bottom part of the square there was a Capuchin monastery since 1612. Next to it František of Dietrichstein had an imitation of the Holy Cottage (Santa Casy) of the Italian Loretta built in 1623 (the foundation stone was consecrated two years later). The construction of the church based on a project by Giovanni Tencalla was commenced before 1638 under the Cardinal ´s successor Maxmilian of Dietrichstein. The new church of St. Anne was consecrated in 1656 and the Holy Cottage was located in the middle of its main nave. Together with the church the funeral chapel of the Březnický family of Náchod was built by the northern wall of the church and the vestry with a treasury on the first floor on the opposite side, the latter reconstructed in the years 1678-1682 and newly equipped with artistically more valuable stucco decorations by Giovanni Castelli of 1679-1680 (today exhibition hall in house no 6). On the east-western side of St. Anne ´s Church the Diestrichstein funeral chapel was built later, today used as vestry. In the years 1701-1706 the church was enriched with a brand new monumental two-tower front, perhaps built on the basis of a project by Johann Bernhard Fischer of Erlach, even though his original project was not implemented. Nearly all church, separated from the square level with a staircase more fitting to the urban surroundings and decorated with statues, was destroyed by the destructive fire of 14 September 1784. The undamaged parts of the church only included the choir with the so called Náchod chapel, the peripheral wall of the church with a series of side chapels, and the brick section of the north-western front.

Shortly after the fire the remains of St. Anne ´s Church threatened to be sold as construction material. Even though the threat for the church did not materialise after all, the first steps for securing of the damaged walls were only taken as late as in 1837 under František Josef of Dietrichstein. It was him who had the whole church rebuilt in the years 1845-1852 on the basis of a project by Heinrich Koch to become a sepulchre of the Dietrichsteins. The architect abolished the original funeral chapel on the southern side and had the old crypt buried in earth. The original choir was closed with a classicist wall dated 1846, which made an open yard of the current main nave. The arcades of the side chapels were bricked up and the resulting corridors began to be used for storage of coffins with members of the family who died in the period 1617-1852, which used to be stored provisionally under St. Venceslas´ Church. The new chapel was equipped with a new altar, crowned with a monumental crucifix by Franz Bauer and lit from a large suspended brass chandelier of the Dutch type made in 1854. The damaged front was also reconstructed, the original baroque domes were replaced with brick extensions and the balustrade between the two towers was decorated with the statues of Christ and two angels.

In this form the sepulchre survived until early 1990s when the town decided for a demanding reconstruction of the already damaged building. The stone coat of the building was reconstructed together with the figural decorations as well as all interiors and the yard with the memorial of František Josef of Dietrichstein with the marble seated figure of the Prince by Emanuel Max of 1859, originally created for the Ancestors´ Hall of the chateau. By the sides of the memorial there are scenes showing activities of F. J. of Dietrichstein in Valennciennes in 1793 cut in stone. 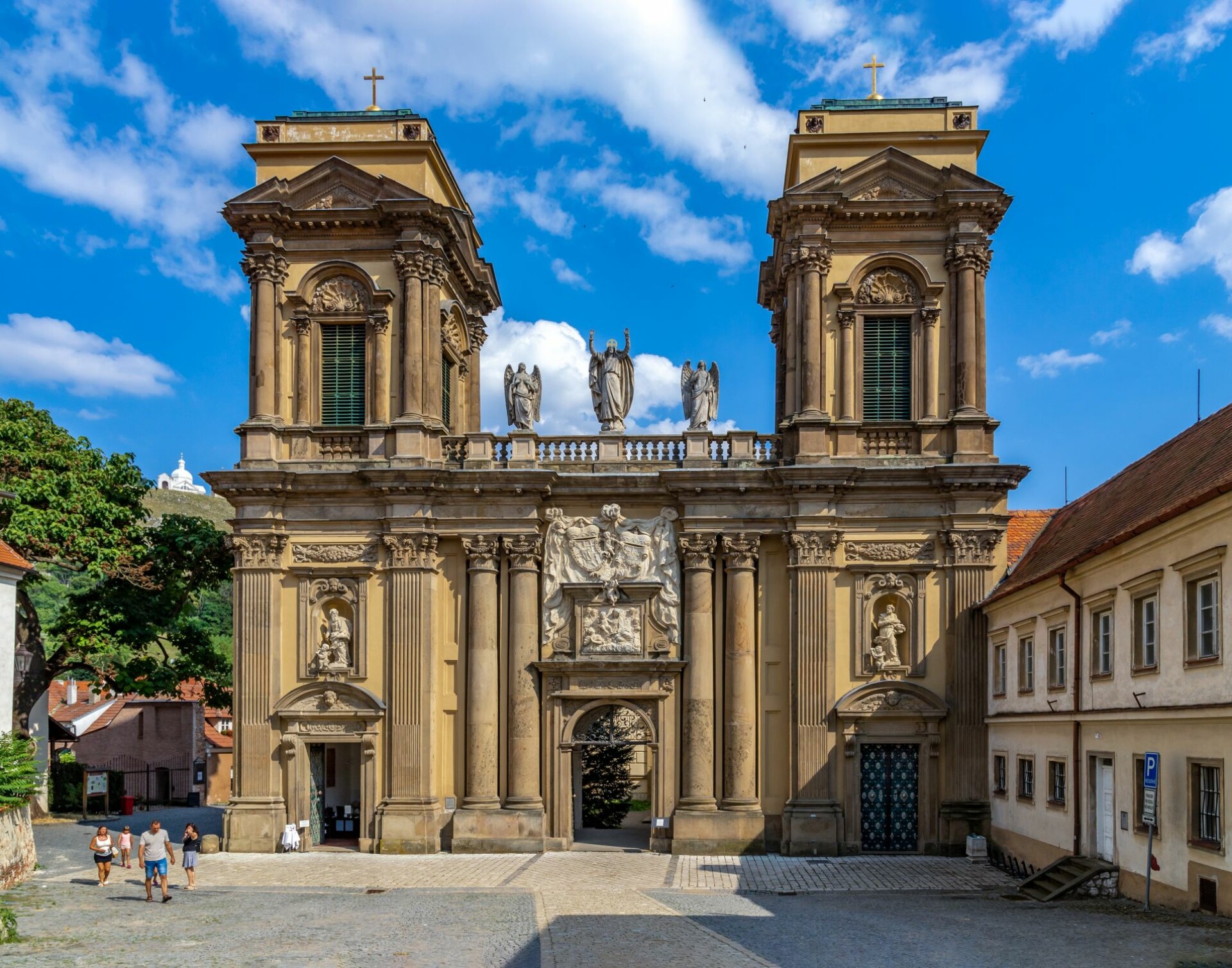